i'm going to start displaying the posts that i have on my xanga fashion blog (www.xanga.com/fashionforwarddd) on this blogspot site, because i figured everyone might not feel motivated enough to go over to my xanga site, so i might as well just repost everything here. all of the graphics are compiled by me on this site (unless i state otherwise), so don't hotlink them or claim them as your own. thanks :) now enjoy today's xanga post word for word... Hi babes! I am still on a mini hiatus, as i mentioned in my last entry because i'm getting the magazine ready for you guys. it'll be here sometime in december. i've got a lot of work to do with this site and with my life so just bear with me and continue to show support. so, anyway i decided to post this entry just to tide you over a little bit and also because this sequin ombre bandage dress by herve leger is absolutely stunning and would be a great option for any parties or events that you might attend and if you feel like spending $2,800 on a dress.

the craftmanship and cut of this dress is amazing and the color palette will be appealing on many skintones, and the shine of the dress will lend some glow to your skin. with this dress you can keep accessories simple, but make sure that your hair and makeup is as brilliant as the dress (not too overdone though, because overdone doesn't always translate as sexy/stylish), because just because your dress is amazing doesn't mean you can do nothing to your hair, your face or add no accessories whatsoever. have fun with it. :)

a lot of young celebrities have been seen wearing herve leger, and for good reason! young bodies deserve to be shown off--we don't have them for long. some such celebrities are rachel bilson, joy bryant, kim kardashian and her sisters, mischa barton, emmy rossum,etc.

here's the history on herve leger, the brand:

The epitome of exquisite fashion, Herve Leger is a collection of supremely seductive couture and deluxe ready-to-wear designs. Created for a glamorous and sophisticated woman, bands and tucks that closely wrap the body have become the signature of the collection. By smoothing and shaping women's bodies, Herve Leger dresses create a sensuous and feminine silhouette. The body-shaping cut of each item, characterized by the aptly named "bandage dress," sculpts the woman's body to perfection. The Herve Leger woman knows she will make an unforgettable statement, whether walking the red carpet or simply painting the town red.

Since its inception in 1985, the striking and sensual style of Herve Leger has attracted an international clientele consisting of the world's most beautiful and fashionable women. Hollywood stars including Sharon Stone, Lindsay Lohan, Catherine Zeta-Jones, Charlize Theron, Beyonce Knowles, Christina Aguilera, Janet Jackson, Eva Mendes, Nicole Richie, Jessica Simpson, Eva Longoria and Jessica Biel, to name a few, have become some of the label's most devoted fans - forever linking the Herve Leger name with the glitz and glamour of Hollywood.

In 1999 Parisian couture house Herve Leger was acquired by Los Angeles-based fashion giant BCBGMAXAZRIAGROUP, marking the first time in history that a French couturier had been acquired by an American designer. Azria immediately set out to expand Herve Leger's retail presence. The collection is currently available at four eponymous boutiques on New York's Madison Avenue, Beverly Hills' Rodeo Drive, Paris' legendary rue Cambon and in Las Vegas.
Responding to an increasing demand in the marketplace, a capsule collection of cocktail dresses and separates designed by Max Azria was launched exclusively at Intermix for Summer 2007. Additional wholesale partners such as Selfridges, Net-a-Porter, Ron Herman, Fred Segal Flair, Henri Bendel, Wynn Las Vegas, Brown Thomas in Ireland, Holt Renfrew in Canada and Della Spiga in Melbourne, Australia, will carry the collection as of Fall 2007.

tell me what you think about the dress! love it or hate it? i would marry it.
<3> zoe aka drinkupthefashion
I am an immigrant. I was born in the caribbean and wish i was there rather than having to deal with the sporadic weather of chicago. I love fashion. My family is crazy, and blogging is a hobby that keeps me sane. I also strongly believe that it doesn't take money to look good, it just takes innate style. 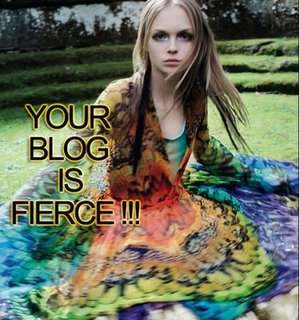